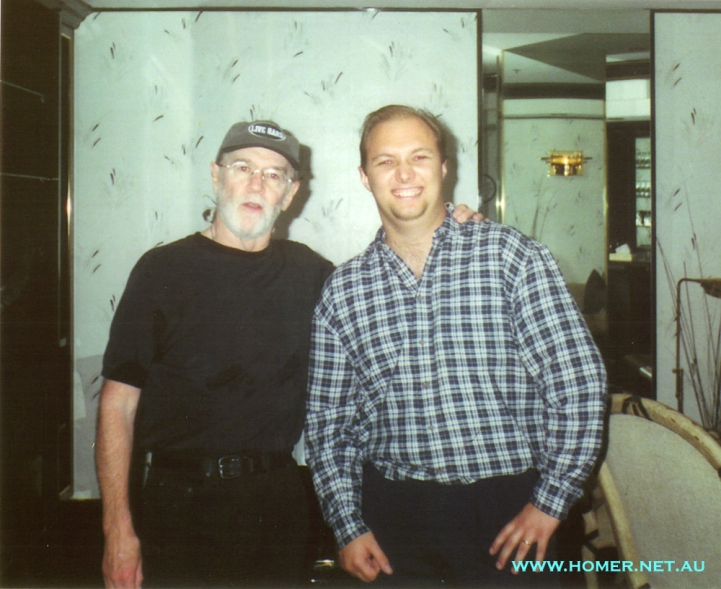 I met George Carlin some years ago backstage in Vegas and he was a thorough gentleman and an absolute pleasure to hang out with. (Despite his angry stage character).

HE was never afraid of dying and I hope in passing he found out what he wanted or needed to. I’m sure he’s happy with his journey, so here’s to George.

For those who don’t know his intelligent and hilarious way of looking at the world, google him and buy an album or two of his.