Well, if the 96 cubic inch Road King Harley Davidson gift as a piece of evidence is anything to go by, I think I’m going to have to reluctantly accept the title (while being kinda quietly chuffed at the same time)

So here’s the story. In 2009, in an off hand comment when talking about customer service excellence, I jokingly said I was a harley guy in fact, here’s the recording, just click this for a quick 20 secs and hear where this all started in 2009 or so.

So it seems this incredible group of people took my comment to heart. Jesse James, who has been studying with me for several years, has been the leader of this crusade. He started this movement (and a secret facebook group) in December (6 months ago) and these guys have been communicating (a LOT) about their massive plans for this entire time, and all the while I had NO IDEA.

And to add to the drama, the night before and the day OF, the big reveal, I was extremely sick with food poisoning or gastro or something, and the team were panicking that I wouldn’t be able to be dragged out of bed to go to the surprise party. (and people had flown in from all over the country) 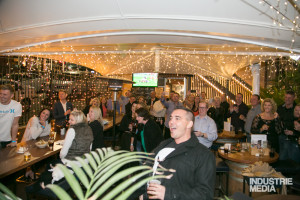 The crowd came from every corner of Australia, and messages came in from around the world

So I walk in, still a little clammy, crook, sweaty, (not from the shock of it all, that was to come, but from being crook) and I start to notice faces…..”wait a minute, those guys are from Darwin Northern Territory, what are Adam and Jody doing here? Hang on, Clinton is from Bunbury in WA and Andrew is from Melbourne.” In fact, every state and territory of the country was represented in that room who chipped in, and I was flabbigasted and kinda speechless. In fact, Naomi, one of the conspiritors herself, and she was charged with dragging me out of bed without giving it away to go to the event, when I kinda saw everyone, I think I hid behind her shoulder like a little kid clinging to his mother’s skirt for protection (embarrassing admission)

So it kinda sunk in that people had come together to celebrate my birthday, but I had at this stage only just seen the tip of the iceberg. They even prepared a few ‘ruse’ gifts. Jesse James, the brainchild and driving force behind this, gave me a set of four Ray White branded coffee mugs

One of the ‘ruse’ gifts, an autographed ‘Nicole Bragg on the cover’, edition of a high class magazine. The best was yet to come though….

and Nicole gave me an autographed magazine that she donned the cover of (one of the techniques I teach is to get publicity)so these gifts while appreciated, were designed to have me thinking that they were kinda ordinary gifts. (though the rare Wild Turkey, even if it was a ruse gift, was well appreciated and will be even more so when consumed)

But then one of them said, we have one last present and I can’t remember who took me by the hand, either Naomi or Jesse, and led me around the corner. (seriously, I thought they’d got me a stripper, and the way I was feeling, it really was the last thing I would have wanted was that, haha) But when I get round the corner, I see a loud, LOUD Black, BIG Harley Davidson, with my Dad on it, revving it like a school hooligan, haha.

And I didn’t quite know what was going on, and I whispered to Naomi, and I think Jesse was standing close enough to hear, I asked her if that was for me. And then it actually sunk in and I started to tear up, that some of my clients, I mean the people who pay me, took it upon themselves, to contribute and get me this as a thank you gift.

Talk about fulfilling what Zig Ziglar always said, “help enough people get what they want and you can have everything you want” and this is 100% proof in the pudding here.

I mean, what does that say about the character of these people? Often real estate agents are seen as a certain stereotype. Just out for themselves, only in it for the money, and all that. Well this little gesture is absolute proof otherwise. These are the sorts of human beings that we all should want to be in business with, and each and every one of them I am honoured to be mates with. (the fact that I help them in their business is far and distant second to the friendships!!)

So here’s the group, with me on the prize, a 96 Cubic Inch beast of a Harley Davidson Road King, and after taking it for a spin yesterday, it is just that !!

I have had the odd detractor over the years spouting their dissapproval of me personally or whatever, and this post is now my response to any of the supposed ‘haters’ out there. Check this bad boy out, and this amazing group of people who would vehemently disagree with you Mr ‘Nay sayer’ ……. 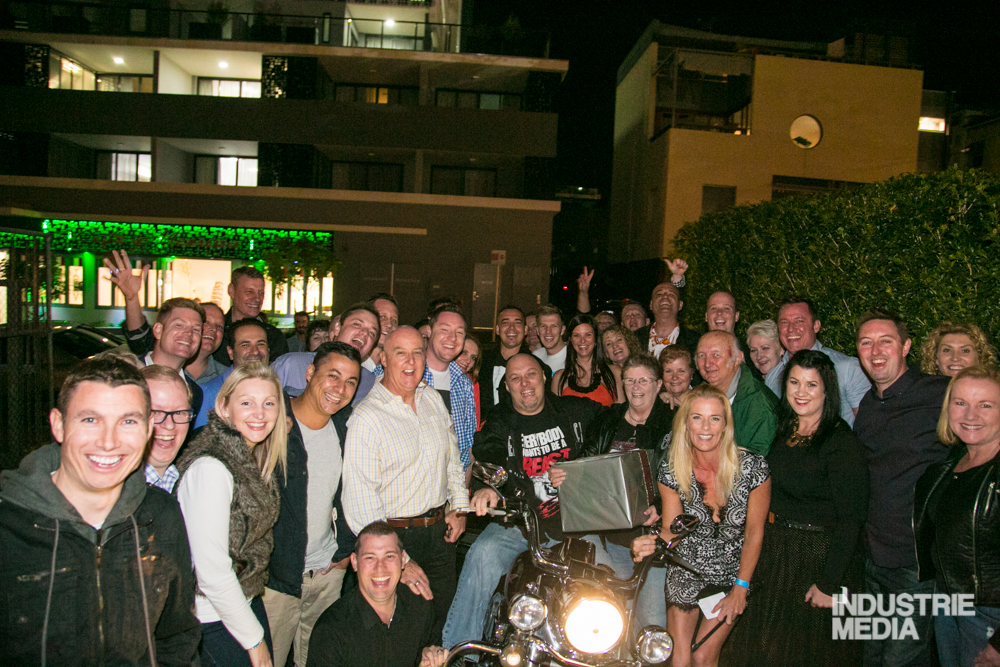 The Most Loved Business Coach in the World, and the people who made it happen

Here’s the list (I think complete, please buzz me if there’s an omission) of the crazies who did this.